This is my first blog post, so allow me to introduce myself. My name is Sondra, and I’ve worked at the downtown Caputo’s Market for five great months. When I’m not geeking out at work, you can find me philosophizing, eating chocolate, hiking, or cooking with my adorable husband. I also love to teach and to learn, so come to Caputo’s to chat! Or comment below and tell me all the things you would like us to blog about (questions about cheese pairings, recipes you want to see us make, olive oil suggestions, whatever!), and we will try to make you happy.

Utah got really hot really fast. And suddenly all I wanted to do was eat fruit all day and gelato all night and jump in swimming pools in between. You know the feeling. But the thing about gelato is that usually it requires an ice cream maker and is just altogether more complicated. So we decided to go for something with all the goodness of gelato without all the hassle, and include the hottest ingredients of the summer (tiki bitters aren’t just for cocktails anymore).

This is another Italian dessert, but is closer to a frozen mousse than an ice cream. In spite of what the name implies (semifreddo means “half cold” in Italian), this is a fully frozen dessert, so expect the perfect cooling summer treat!

a dash of cinnamon

But we’ve included another fun way to serve it in case you want to mix things up. 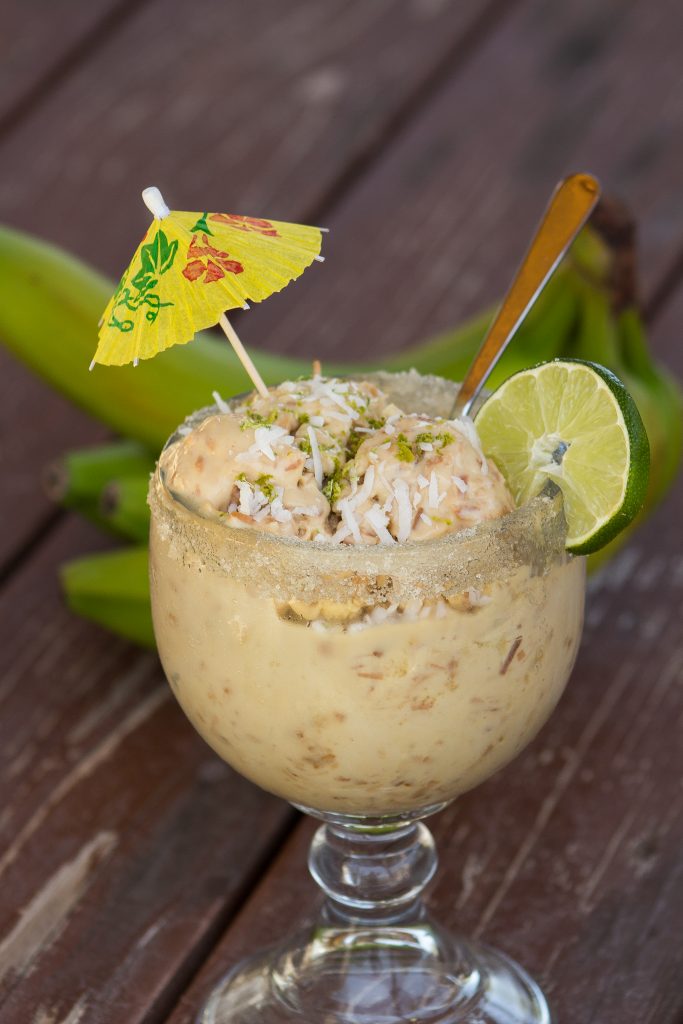 Grated lime zest and un-toasted coconut both add a fun pop of color!

Happy dessert-making, and be sure to tell us all about your semifreddo adventures in the comments below!