by Matt Caputo on June 7, 2018 in Beverages and Bitters

You already know you must have bitters to make a proper drink. Even mid-level mixology is impossible without them. However, where most home bartenders go wrong is by choosing one bitters—generally Angostura—and thinking that one size fits all. You wouldn’t make a Manhattan with vodka, so why would you try to make a Sazerac with Angostura?

Making many different cocktails with only one type of bitters is a bit like having a talented band with a bass player who can’t change tempo. Certain cocktails call for specific bitters for a reason. 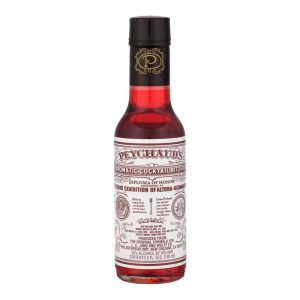 My first two choices for the three must-have bitters are Angostura and Peychaud’s. Maybe it’s crazy to have two of my three top bitters be gentian-root based aromatic bitters. However, with the sheer number of pre-Prohibition-era cocktails that call for Angostura, that one is a given. Angostura is a classic and hard to replace in many classics, but where it is musky and masculine, Peychaud’s is spiced and feminine. Many of my favorites (Seelbach, Sazerac, Vieux Carre, Old Hickory Cocktail) call for Peychaud’s, so this is a must. While Peychaud’s can often times be substituted for Angostura, it would offensive to substitute Angostura for most cocktails calling specifically for Peychaud’s.

Angostura is the most commonly called for bitters, but not far behind are orange bitters. So many of the classic cocktails—such as a Bijou, Opera, Trilby, and Bronx—require orange bitters, so you simply must have one for a properly stocked bar. I actually have several, but one would suffice. There are many fantastic options out there so, how to pick? I always like to support local, but I love to support local when quality is on par with the best from around the world. My pick for orange bitters is none other than Beehive Spiced Orange Bitters, made here in Utah. Beehive’s Spiced Orange Bitters is, of course, heavy on the spice such as cinnamon, bourbon vanilla, and clove. And when the weather starts to cool down again in a few months, this flavor profile in my cocktails will really hit the spot.

Shop the market for bitters