The Story of Iaco River Cacao 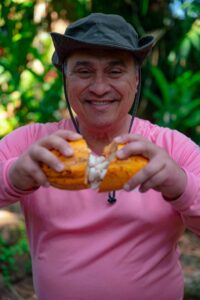 Food with a story is food with a purpose. At Caputo’s, we’re always digging deeper to learn more about the products on our shelves. You shop with us because you care. Together, we can learn more about what makes each of our favorite items special. Where they come from, what they’re made of, and the history and foundation on which they are built.

With chocolate from Luisa Abram, the story is already rich. We partnered with this family to bring the Wild Juruá bar into existence, and are passionate about its story. New this year, Luisa is working with a new variety of wild cacao, this time from the Iaco River. Its story is complex, challenging, and important. Read it here in the words of her father, Andre Banks:

“Natural rubber, like cacao, is indigenous to the Amazon Forest. The 1st Rubber Cycle started in 1870. Henry Ford needed rubber for tires, cushions, and many parts in his automobile. Edison needed rubber to insulate his wires that were electrifying America at the time. This triggered the quest for latex – the precursor to rubber – in the Amazon.

With time (and theft by English settlers), rubber trees found their way into Malaysia. Malaysia was able to consume the market, and much rubber production in the Amazon came to a halt. 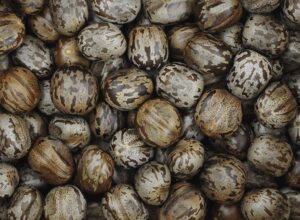 In 1941, Japan invaded Malaysia and stopped the rubber trading. The allies asked Brazil to reignite its rubber production to fill the supply gap Japan was causing at the time. The USA signed a treaty with Brazil, whose part was to produce more rubber. This quest for rubber is known as the Second Rubber Cycle in Brazil.

Brazil sent to the Amazon Forest what was then called the “rubber soldiers.” In total, 50,000 people, most of them from the NW of Brazil, went to the Forest lured by the promise of quick and easy wealth. Brazil also sent 25,000 soldiers to fight the Nazis in Europe. The statistics are fuzzy, but it is believed that more people died in the Amazon trying to collect rubber sap (aka latex) than fighting the Nazis in Europe! 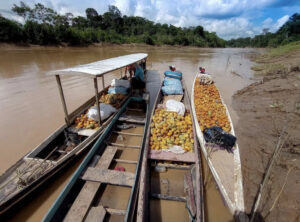 The Second Rubber Cycle ended after WWII. The families that collect the cacao pods along the Iaco River are the descendants of the rubber soldiers sent to this part of the Amazon Forest. They are spread out over 4 old rubber plantations, each 4 days away from the largest city, Sena Madureira, in the state of Acre in Brazil. A fast boat takes 1 long day to get there.

This year, 50 families took part in the cacao harvesting collection in the Forest. In total there are 80 families. Those that did not take part in the cacao harvest did so because there were no cacao trees close to their homes. Their income comes from agriculture and, sadly, cattle ranching – a leading contributor to deforestation. After almost 70 years, families in this part of the Iaco river are being paid for goods provided by the Forest: cacao fruits! To this day natural rubber is consumed by 50% of the demand, the other half is synthetic rubber, which has been around since the 1950s! Very little rubber is produced in the Amazon Forest nowadays. Hopefully cacao will become relevant and the locals can once again live off the Forest. 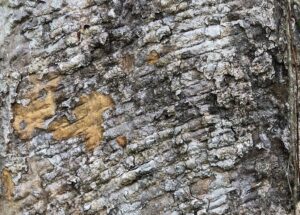 The packaging of the Iaco 70 displays the rubber tree seeds. Iaco 81 is a reference to the markings the workers made in the rubber tree in order to collect the latex. This is our simple tribute to the ones who once cultivated hopes for a better life in the Amazon Forest.” 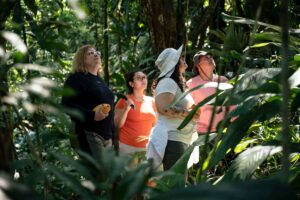 Thank you for supporting artisans who are fiercely passionate about their food and the stories that have brought it to life. Our hope is that together we can enact enough pieces of small change to make an impact – whether that affects 50 families in the heart of the Forest, or brings much needed healing to one of the most diverse ecosystems in the world. We are proud to partner with families who make this change a reality, and we are grateful to you for indulging with us along the way. Progress has never tasted so sweet.